Earlier this week, Julie Gray over at The Rouge Wave wrote a post about films that move you. You know the ones: they make your tears well up (or spill over), or they give you that tingling feeling, or that swelling sensation in your chest that makes you proud to be a human being. Roger Ebert calls it Elevation or Transcendence.

It’s something I’ve felt in all of my 5-star films this year. It’s not always a joyous feeling, mind you. Sometimes, it’s as simple as the feeling of camaraderie with a character who’s making a difficult decision. It doesn’t feel good, but you’re right there with them. So, with that being said, here’s a shortlist (in no particular order) of movies that move me. What movies move you?

Joyeux Noël
This film tackles some pretty heavy subject matter. On one Christmas Eve during World War II, troops from three different countries (two were allies but not fond of each other; the third was Germany), called a truce, got to know one another as humans instead of soldiers.
* * *

Waking Ned Devine
This fun, little screwball comedy has one of the most heart-swelling moments I can remember seeing on film. Forced to give a eulogy on the spot for a dead man he didn’t really know, the main character proceeds to instead deliver a tribute to his underappreciated best friend, who’s sitting in the front row of the wake. The friend is moved, along with those attending; and we’re all reminded to appreciate those who mean the most to us while they’re here.
* * * 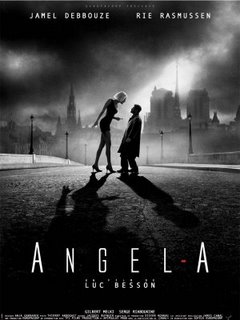 Angel-A
This is the story of a man learning that he is a worthwhile human being who deserves to be loved — not just by others, but also by himself. In the scene where Angela forces the man to look in the mirror and tell his reflection that he loves him, the man (understandably) feels incredibly silly. But Angela’s not one to be trifled with, and she forces him to stick with it. What he’s saying to himself eventually breaks through, both to him and to the audience.
* * *

Harvey
This is the story of a man who’s best friend is an invisible giant rabbit. Despite his ability to live a completely normal life with the exception of his best friend, everyone has pretty much given him up as insane. He knows this, accepts it, and it doesn’t seem to bother him. It’s a movie about accepting who we are and who others are. In the movie, Elwood delivers some words of wisdom imparted to him by his mother: “‘In this world, Elwood, you must be oh so smart or oh so pleasant.’ Well, for years I was smart. I recommend pleasant. You may quote me.”
* * *

Dead Poets Society
I’ve already made my love for this movie perfectly clear here, so I won’t expound further except to say this is the cream of the crop when it comes to the Inspiring Teacher genre, in my opinion.
* * * 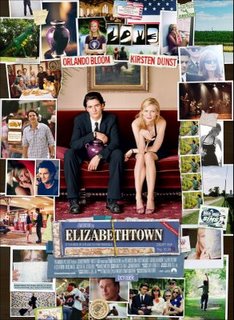 Elizabethtown
This movie splits the crowd, critically speaking, but I adore it. There’s a lot of thematic material, most of it linked to the concepts of success versus greatness. What do you do when the life you’d envisioned for yourself comes crashing down around you? What happens when, having striven for greatness, you find yourself in the midst of a fantastic failure? Is it better to play it safe to ensure success, or is it worth it to risk failure in order to achieve greatness? Well, as Drew puts it, “No true fiasco ever began as a quest for mere adequacy.” It’s a movie that inspires us to risk, to go all out, and to let the chips fall where they may.
* * * 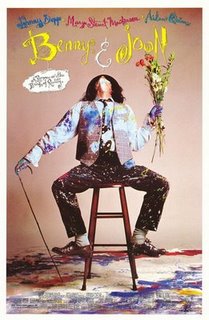 Benny & Joon
This is the story of two oddballs who, despite the odds, find love and acceptance. In some of the same ways as Harvey, the movie also tackles the issue of the dignity we afford people who are different than we are. The moment when Johnny Depp as Sam swings in front of the window, bringing Joon out of her funk — and inspiring her to believe in herself again — is absolutely iconic.