As the story of my life goes, I tend to retrospectively theme each year.

And if I have to continue that, the only that thing honestly jumps to mind is this:

There’s a little bit of that feeling every year, I think, but this year, I honestly just don’t know where time went. And if it weren’t for being able to look back through photos, blog posts and the bazillion spreadsheets I use to track my life, I probably wouldn’t have any clue whatsoever.  A lot of the goals I set for myself fell by the wayside, but I ended up doing a lot that I hadn’t thought to do.  In summary:

Since I was already more or less at my general goal weight/shape, my big health & fitness goal at the beginning of the year was to get into my bridesmaids dress for my sister’s wedding. I was between two sizes, so I took the risk and ordered the smaller one.  And then I got pregnant and had to endure frustration from both my bride-to-be sister and my mother about having to have my dress altered, all while my in-the-know sister egged them on with comments like, “You probably shouldn’t have eaten all those Oreos, huh?” 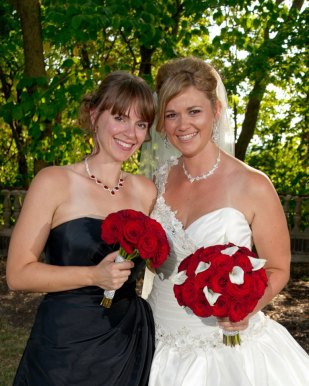 Beyond that, the whole weight gain thing has been a struggle, but it hasn’t all been bad.  For instance, I participated in two 5Ks this year, both while pregnant. 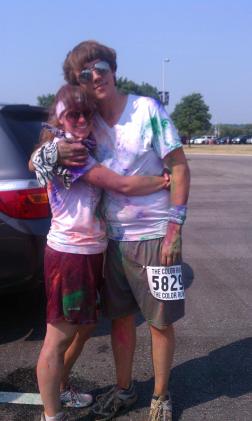 The first was The Color Run, the (very early) morning after we found out we were pregnant.  We mostly walked it because my initial OB/GYN office made me paranoid about my heart rate, but 3.1 miles of walking still ain’t too shabby. 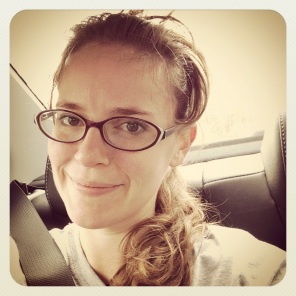 The second was the Thanksgiving 5K for the 3rd year straight, this time at 25 weeks pregnant. Having laid aside my heart rate fears around week 14, I promised myself I didn’t have to run any more 5Ks while pregnant if I ran the entire thing. I did, and I have kept that promise to myself.

I’m still keeping up with a pretty solid exercise routine these days, even ramping it up a bit in the 3rd trimester with some P90X, Bob Harper’s DVDs, and Jillian’s more strength-based workouts.  It’s typically 3-4 times a week rather than 5-6 times a week these days, but anything is better than nothing.  Diet’s another story, but I’d say I’m trying to stick to a pretty healthy/in-calorie-range diet 5 days a week.  Overall, I’m chalking much of this up to experience & just looking forward to getting back to my normal diet/exercise routine in the spring.

While I didn’t get to take my big “I’m turning 30!” trip to somewhere exotic thanks to that whole “getting knocked up” thing, I did actually manage to have a pretty great year for travel.  I ended up taking 9 trips to new or favorite places. 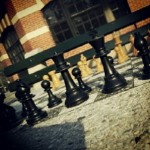 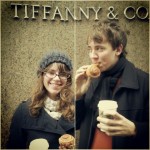 Had Breakfast at Tiffany’s.

Enjoyed a break from the crazy streets inside of Grand Central Station. 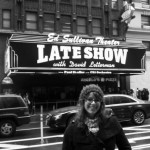 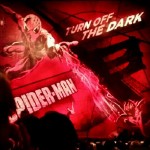 Saw Spider-Man: Turn Off the Dark. 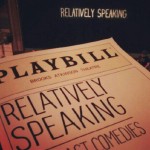 Saw Relatively Speaking, a series of 3 one-acts by Elaine May, Ethan Coen and Woody Allen. 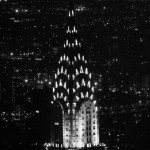 Went to the top of the Empire State Building. 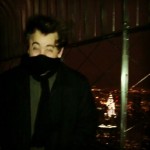 Took this picture of T outside at the top… 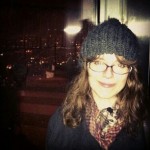 …before going back inside to have my own picture taken. 🙂 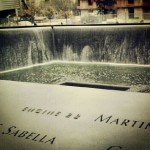 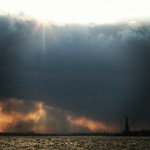 Saw the Statue of Liberty from afar (and with a gorgeous backdrop).

The view from beneath the Gateway Arch in St. Louis.

These stairs led to where my grandmother’s house once stood in Joplin, Mo. 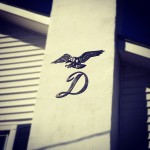 We talked to the current owners of my paternal grandparents’ old house to see if we could arrange to get this family heirloom at some point. My sister & her husband retrieved it a few months later. 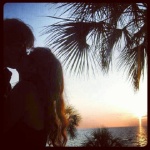 At sunset in Tampa. 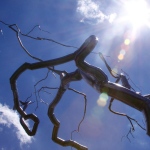 One of Roxy Paine’s Silver Trees at the Crystal Bridges Museum in Bentonville, Arkansas.

T at the Book of Mormon in Denver. He was excited.

On our walk around the pier in Sheboygan, Wisconsin.

The capitol building in Austin, Texas, from downtown.

Next year will likely be much more home-based, but I do have my eye on a couple of getaways to new places.

I had big goals for this year, but taking on 10 to 15 hours a week of freelance work on top of my day job between March and October made getting things done in the creative department a little more difficult than I’d anticipated.  I loved the freelance work and am hoping to build my business back up in 2013, but it was hard to find balance.  That being said, here’s what I did accomplish.

Next year will be another huge challenge in finding balance, but that’s sort of par for the course for life in general.

And then there’s everything else.

And I feel like that’s just scratching the surface.

In 2011, I chose “Let It Be” for my theme for 2012.  Looking back at what I wrote, I said, “Maybe I’ll really, truly learn that I can’t script my life, that people and the universe will ALWAYS throw you for a loop somehow.” Well, if ending up unexpectedly pregnant isn’t the universe throwing me for a loop, I’m not sure what is.

I followed up that statement with this: “Sometimes it’ll be super fun and exhilarating and affirming. Other times it’ll make you want to vomit.” So apparently some part of my subconscious knew about the whole morning sickness thing. In all seriousness, though, I set out to take life as it came, to try to add joyful complications and to eliminate the ones that only caused me stress. I haven’t always done a great job of the latter, but I think I ended up with a pretty great handle on the former.

Which brings me to my phrase for next year…

Needless to say, next year’s going to be very different than any of my previous ones. It seems like everyone is constantly telling me, “everything’s going to change.” And if I’m being totally honest, that kind of freaks me out. OK, it really freaks me out. Mostly because I really like my life the way it is, and when people say everything’s going to change, it makes me fearful that all the things I love about my life will go away. The travel, the creative focus, the desire to focus on my freelance career, the ability to work out for 30 to 120 minutes at a time, etc., the time I get to spend and things I get to do with T. But then I look around me and see all sorts of women who have managed to keep these things in their lives — and sometimes increase them — all while adding “mother” high on their list of self-definitions.

They haven’t changed; they’ve evolved. And that’s what I want to do, too. So from now on, whenever anyone says, “Everything’s going to change once the baby arrives,” I’m just going to smile & think to myself, “No, everything’s going to evolve, just like always.”

Happy New Year to You and Yours

I’ve never seen anyone say it better than Neil Gaiman, so I’ll simply quote him here to close out 2012.

May your coming year be filled with magic and dreams and good madness. I hope you read some fine books and kiss someone who thinks you’re wonderful, and don’t forget to make some art — write or draw or build or sing or live as only you can. And I hope, somewhere in the next year, you surprise yourself.

…I hope that in this year to come, you make mistakes.

So that’s my wish for you, and all of us, and my wish for myself. Make New Mistakes. Make glorious, amazing mistakes. Make mistakes nobody’s ever made before. Don’t freeze, don’t stop, don’t worry that it isn’t good enough, or it isn’t perfect, whatever it is: art, or love, or work or family or life.

Whatever it is you’re scared of doing, Do it.

Make your mistakes, next year and forever.